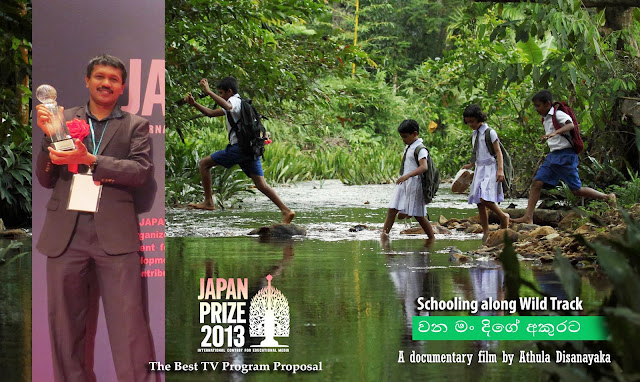 This is the story of some children in rural villages of Sri Lanka . This documentary film focuses on their learning from nature with practical engagement facing challenges and taking numerous risks. "Schooling Along Wild Track" will be screened in next year on National television and NHK television in Japan. This documentary film m proposal is selected by the jury because of its outstanding educational quality . Children love nature, it is universal scientific fact and truly it is successful informal educational form which has to be more considered by educational policy makers and designers. This is one of remarkable mile stone of my career which has been opened a way for me to international arena of documentary film making. 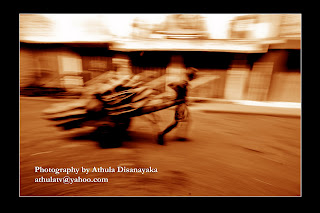 This  web site reflects my expressions and perception of  various subjects that I explore.
I want to share and let other to enjoy that everything I created. Mainly I engage in three fields: Television Production, Photography and writing.

I have my own  opinion on contemporary world and its issues. While I think optimistically  about the living and life in this world,  I always raise a question  myself “ is world a better  place for living for all”?. If it isn't ,what we could do to make this world as better place for all. 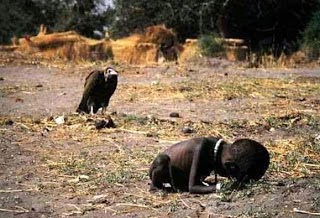 
In March 1993 Carter made a trip to Sudan. The sound of soft, high-pitched whimpering near the village of Ayod attracted Carter to an emaciated Sudanese toddler. The girl had stopped to rest while struggling to a feeding center, whereupon a vulture had landed nearby. He said that he waited about 20 minutes, hoping that the vulture would spread its wings. It didn't. Carter snapped the haunting photograph and chased the vulture away.[5] However, he came under criticism for just photographing — and not helping — the little girl: Photo of Sudanese girl and vulture
The St. Petersburg Times in Florida said this of Carter: "The man adjusting his lens to take just the right frame of her suffering, might just as well be a predator, another vulture on the scene."[6]
The photograph was sold to The New York Times where it appeared for the first time on March 26, 1993. Practically overnight hundreds of people contacted the newspaper to ask whether the child had survived, leading the newspaper to run a special editor's note saying the girl had enough strength to walk away from the vulture, but that her ultimate fate was unknown.
On April 2, 1994 Nancy Buirski, a foreign New York Times picture editor, phoned Carter to inform him he had won the most coveted prize for photojournalism. Carter was awarded the Pulitzer Prize for Feature Photography on May 23, 1994 at Columbia University's Low Memorial Library. 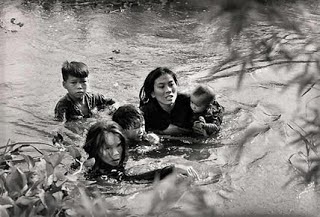 War is disastrous. War is pain. War is inhuman. But from the history war has been happening.
Vietnam War is such cruelest war of human history that killed more than three million people. Vietnam War was started in a 1959 and ended in 1975. American supported South Vietnam battled communist allies supported North Vietnam for 15 years and the war was ended with Paris peace accord in 1975.
Most significant fact of Vietnam War is that many journalists impartially reported the dreadful face of war in some extent. Media reports created riotous atmosphere in United States and it led to build anti war campaign. Ultimately United States had to end war signing a peace accord.
This horrifying picture signifies the tragic face of Vietnam War. Photographer Kyōichi Sawada took this daring mother when she was crossing a river with her kids to escape American Bombs.
Photographer Sawada received the 1966 Pulitzer Prize for Photography for his combat photography of the Vietnam War during 1965.
This is an instance to learn the greatness of real photojournalism 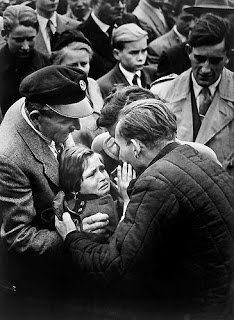 Why they refused socialist country 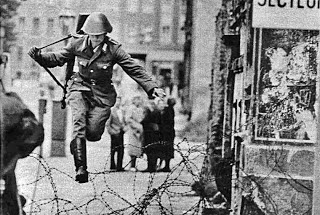 It is popularly known that hundreds of civilians and soldiers of East Germany (a former socialist country backed by Soviet Union) crossed the Berlin wall to reach West Berlin finding refuge. Hundreds of East German people were killed by East German soldiers when they were crossing the border. There are no records of people who attempted to go to the East Germany from West Germany. This historical political phenomenon raises a dramatic question. If the socialism is the best political system  for living why hundreds of people crossed and arrived west- Capitalist Democratic Germany  despite the deadly situation.

One Nightmare in Africa 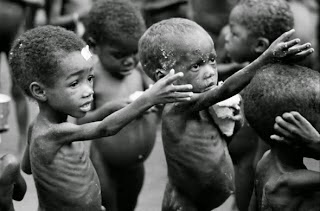 Somalia is one of horrifying blooded land in African continent. It is most impoverished and constantly suffered from war for more than a half a century. War lords and some extremist  militants have rendered this country devastated .These barbaric uncivilized, fanatics do not allow even international organizations to provide food and health to dying children and women in the country. Children are recruited in to army while hundreds of women are being raped. There is no law or Justice to protect innocent and minorities.
This helpless children show the present tragic situation of Somalia.
To know more about Somalia’s present days 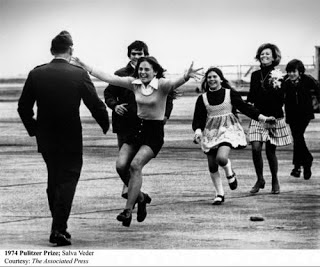 This is great instance of photojournalism which depicts the joy of reunion of father with his family after Vietnam War. This picture “Burst of Joy” was taken by Associated press photographer Sal Veder when this Air Force Fighter Pilot Lt. Col. Robert L. Stirm   was coming towards his daughter, three sibling and wife, just after debarked from plane .It was March 17,1973.
This picture won Pulitzer Prize (1974) and it picture symbolizes the end of  USA involvement in the Vietnam War. This is a testimony to prove the saying “picture is worth more than 1000 words”.
This Fighter Pilot was captured after his plane was shot down over Hanoi, Vietnam in 1967 and had been imprisoned or missing ever since. His daughter had to wait 6 years to reunite with her father. After this teenager reunited with her father,  in the middle of jubilant  crowd she expressed her over joy on behalf of her father,  "I just wanted to get to Dad as fast as I could," , "We didn't know if he would ever come home," "That moment was all our prayers answered, all our wishes come true."

No man is above the law and no man below it. ~Theodore Roosevelt

Silence never won rights. They are not handed down from above; they are forced by pressures from below. ~Roger Baldwin

Those religions that are oppressive to women are also against democracy, human rights, and freedom of expression.
- Taslima Nasrin

Give to every human being every right that you claim for yourself. ~Robert Ingersoll